THE RACE AND POLITICS SERIES is an initiative to promote community dialogue and critical conversations about the significance of race and racism in politics, both in history and today. Through a variety of events that confront such topics as civil rights, activism, family dynamics, civic engagement, and more, the Race and Politics Series strives to bring together diverse communities, inclusive of all race-related affinity groups on campus, to engage in cross-cultural and interdisciplinary discussion about important and sometimes controversial issues pertaining to the role of race in democratic politics. Given the powerful role race plays in so many democracies today, the Race and Politics Series aims to illuminate a core aspect of the contemporary experience of democratic citizenship.

The Party of Lincoln? A Post-Election Conversation with Tara Setmayer and Rogers Smith 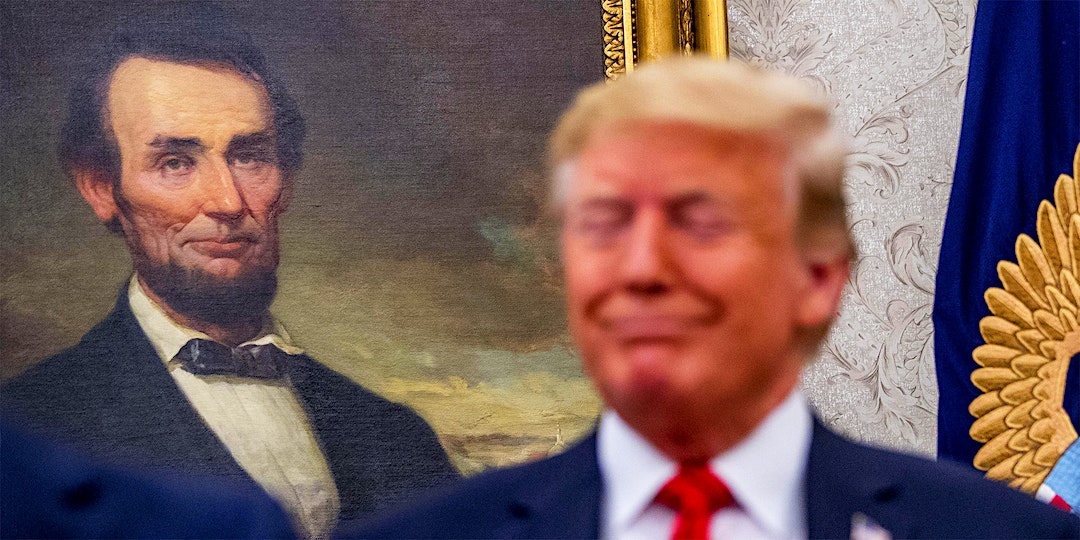 As part of the Mitchell Center's Race and Politics series, presented in a partnership with BGAPSA, CNN commentator TARA SETMAYER sits down (virtually) with Penn Political Science professor ROGERS SMITH to discuss fallout from the 2020 Election, in particular its impact on the identity of the Republican Party. Does the party need to expand its appeal to historically marginalized groups? Can it fashion new and more inclusive narratives of national belonging? Or has the demographic configuration of American politics become too entrenched to alter? Their discussion will be followed by Q&A from the webinar audience.

ROGERS SMITH is Christopher H. Browne Distinguished Professor of Political Science. He is the author of That Is Not Who We Are! Populism and Peoplehood (2020). His research centers on constitutional law, American political thought, and modern legal and political theory, with special interests in questions of citizenship, race, ethnicity, and gender. He was elected as an American Academy of Arts and Sciences Fellow in 2004, a Fellow of the American Academy of Political and Social Science in 2011, and a Member of the American Philosophical Society in 2016. Professor Smith was President of the American Political Science Association for 2018-2019.

The Place of Race in the Democratic Primaries (Jamelle Bouie) 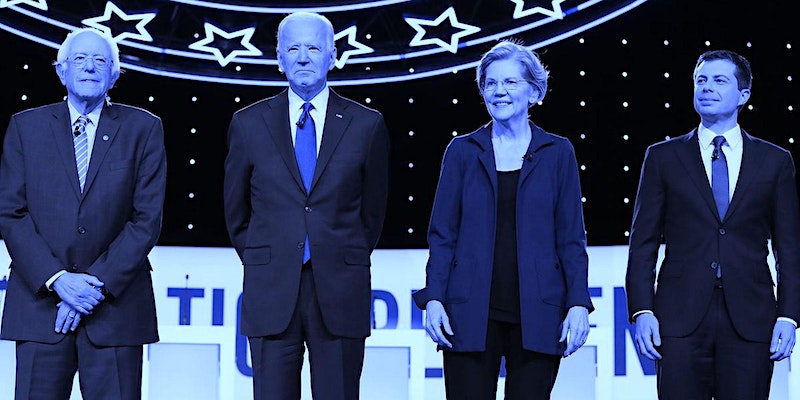 EVEN AS IT SEEKS TO ENTER THE 2020 ELECTION united around the goal of defeating President Trump, the Democratic Party is working through longstanding issues of policy, politics, and identity during the primaries. How has (or hasn't) race factored into these debates so far, and how might it affect the ultimate selection of a nominee? JAMELLE BOUIE, who has been a thoughtful commentator on the intersection of race and politics through several election cycles, leads what promises to be a far-ranging conversation on these and other issues surrounding the 2020 elections.

Revolution is the Solution: Art, Activism, and Organizing (Boots Riley) 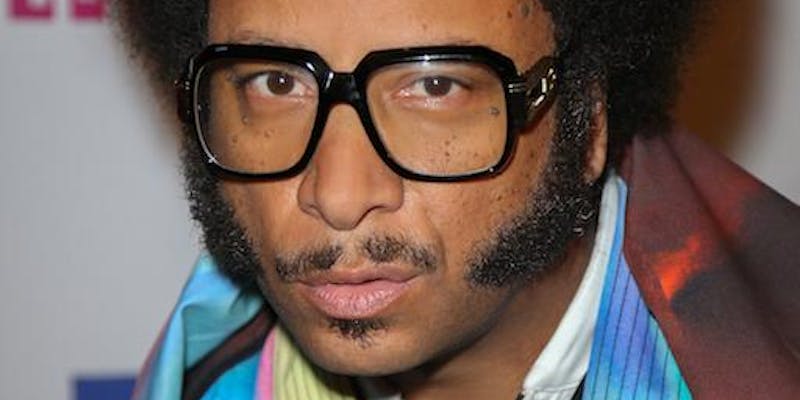 THE PROVOCATIVE AND PROLIFIC POET, SONGWRITER, producer, screenwriter, director, community organizer, and public speaker BOOTS RILEY will talk about his film, Sorry to Bother You (2018), a comedy fantasy sci-fi film that raises issues of race, labor, and social movements. Fervently dedicated to social change, Riley was deeply involved with the Occupy Oakland movement. He was one of the leaders of the activist group The Young Comrades. He is the lead vocalist of The Coup and Street Sweeper Social Club, and he is the author of the critically acclaimed Tell Homeland Security—We Are the Bomb.

In advance of the April 3 event, join us for a free screening on March 22 at 4:00pm at the Institute of Contemporary Art, University of Pennsylvania, 118 S. 36 Street. IN THE WAKE OF THE HARVARD DISCRIMINATION TRIAL conducted in the Boston Federal District Court, BGAPSA invites the Penn community to join a conversation about race in higher education led by Claire Jean Kim (UC-Irvine). The discussion will explore the ways in which our current conceptions of discrimination and diversity have shaped, and arguably misshaped, debates over racial justice.

JOIN THE ANDREA MITCHELL CENTER for the Study of Democracy and BGAPSA to commemorate the 50th anniversary of the passing of Dr. Martin Luther King on April 4th, 1968. The evening will be a rich community event with a dynamic program.

The Politics of Hue (Ufuoma Abiola)

THIS EVENT WILL EXPLORE THE VARIOUS WAYS in which colorism affects African Americans and provide ways to address the phenomenon.  Colorism is defined as the allocation of privilege and disadvantage according to the lightness or darkness of one’s skin.  Join Dr. Ufuoma Abiola for a discussion on the Politics of Hue.

UFUOMA ABIOLA is Associate Director of Academic Affairs and Advising at The Wharton School, University of Pennsylvania (Penn).  She is also a Lecturer at the Graduate School of Education (GSE) and the School of Arts & Sciences at Penn.  Dr. Abiola completed an Ed.D. in Higher Education at Penn, where she also earned an M.S.Ed. in Higher Education along with the Certificate in College and University Teaching; Graduate Certificate in Gender, Sexuality, and Women's Studies; and the Graduate Certificate in Africana Studies.  She also received an M.A. in Clinical Psychology with the Graduate Certificate in Clinical Child and Family Studies from Roosevelt University; and earned a B.A. in Psychology with a minor in African and African Diaspora Studies from Boston College.  Dr. Abiola’s dissertation, which explores colorism and Black Ivy League undergraduates, won a 2018 Dissertation of the Year Award from the American Association of Blacks in Higher Education (AABHE). With a passion for diversity, equity, and inclusion issues in higher education, Dr. Abiola is the Founder, Creator, and 2012-2017 President of We Support Diversity of Mind (WSDM) at Penn GSE.  Dr. Abiola is also Co-Creator of the Wharton Successful Transition & Empowerment Program (STEP) at Penn. She has published numerous scholarly works, presented at many national conferences, and received multiple awards.

Having Difficult Conversations with Family About Race, Racism and Politics JOIN US FOR THE FIRST EVENT of the Andrea Mitchell Center's Race and Politics Series with BGAPSA, hosted by BGAPSA and Students Confronting Racism and White Privilege (SCRWP). “Having Difficult Conversations with Family About Race, Racism and Politics” is a dinner and discussion where attendees will break into groups based on racial affinity to discuss separately the barriers to addressing race-related issues with family and overcoming complicity. Then the groups with come together as a whole to address the unique dynamics surrounding issues of race and politics. The evening will conclude with a debrief on conversational dynamics in multi-racial spaces.

Our aim is to cultivate an environment of mutual respect and honesty at this event, where participants are willing to challenge the racism both within themselves and expressed by others. We will provide refreshments and facilitated discussion.