Video Now Available: Ross Douthat at Politics on the Edge: "From Reaganism to Trumpism"

The debaters arguing for the continued existence of sanctuary cities carried the day at the Penn Political Union on Wednesday, November 2, but only narrowly. Around 20 attendees listened to the arguments on both sides. According to PPU External Vice President Matteo Akbarpour, "The vote was very tight. It became a debate focused on political theory, with both sides giving convincing arguments related to the constitutionality of the issue." 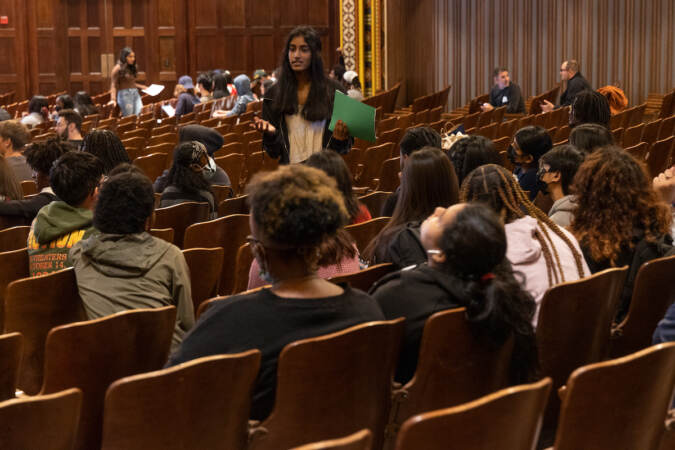 Kids from eight high schools around the city gathered at the University of Pennsylvania Thursday, October 13, to practice talking about their own experiences with impacts of climate change, and listening to each other.