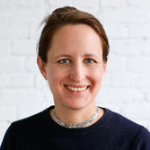 Sophia Rosenfeld is Walter H. Annenberg Professor of History at the University of Pennsylvania, where she teaches European intellectual and cultural history with a special emphasis on the Enlightenment, the trans-Atlantic Age of Revolutions, and the legacy of the eighteenth century for modern democracy.  She is the author of A Revolution in Language: The Problem of Signs in Late Eighteenth-Century France (Stanford, 2001); Common Sense: A Political History (Harvard, 2011), which won the Mark Lynton History Prize and the Society for the History of the Early American Republic Book Prize; and Democracy and Truth: A Short History (Penn, forthcoming 2018).  Her articles and essays have appeared in leading scholarly journals, including the American Historical Review, the Journal of Modern History, French Historical Studies, and the William and Mary Quarterly, as well as The New York Times, The Washington Post, Dissent, and The Nation.

Rosenfeld was previously a co-editor of the journal Modern Intellectual History and is currently co-editing (with Peter Struck, Penn Classics Department) a six-volume book series for Bloomsbury on the cultural history of ideas since antiquity. She is also writing a book, to be published by Princeton University Press, on how the idea and practice of choice-making became so central to modern conceptions of freedom.  Among her other ongoing interests are the history of epistemology and the senses; the history of free speech, dissent, and censorship; the history of dance; the history of political language; contemporary political theory; and experimental historical methods.  She is currently serving a three-year term as Vice President, in charge of the Research Division, for the American Historical Association.