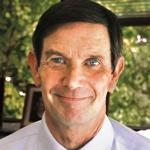 Rogers M. Smith is a Christopher H. Browne Distinguished Professor of Political Science. He centers his research on constitutional law, American political thought, and modern legal and political theory, with special interests in questions of citizenship, race, ethnicity and gender.  Smith's writings have received numerous awards. Civic Ideals (1997) was a finalist for the 1998 Pulitzer Prize in history, and won several awards from the American Political Science Association (APSA), the Organization of American Historians, and the Social Science History Association. He was elected as an American Academy of Arts and Sciences Fellow in 2004.  Recent publications include Still a House Divided: Race & Politics in Obama's America, (with Desmond S. King), Princeton University Press, 2011, and Political Peoplehood: The Roles of Values, Interests and Identities, University of Chicago Press, 2015. Professor Smith was elected to the American Philosophical Society in 2014 and is currently the President-elect of the American Political Science Association.

Professor Smith founded Penn Program on Democracy, Citizenship, and Constitutionalism in 2006 and was Director of the program through its first 10 years, stepping down on July 1, 2017.