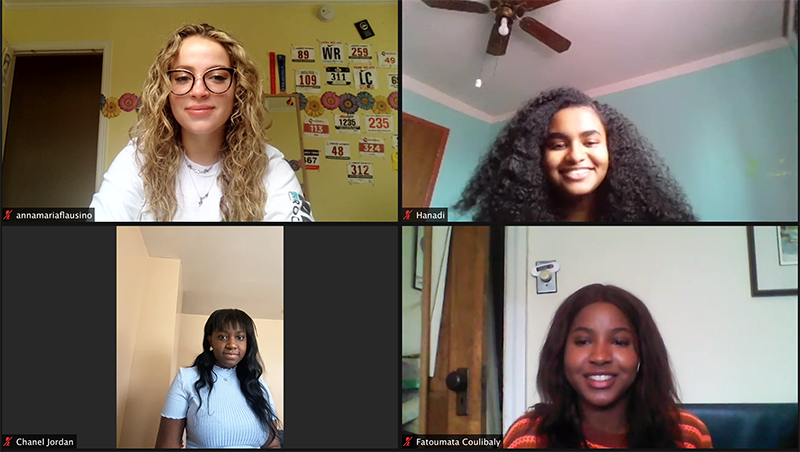 The National High School Ethics Bowl is held at the University of North Carolina’s Parr Center for Ethics and hosts the winners of regional ethics bowls. All are competitive yet collaborative events in which students discuss real-life ethical issues. The Philadelphia Regional Ethics Bowl, in its second year, is managed by Penn graduate students and receives support from The Andrea Mitchell Center, Penn GSE, Penn Law, and the Netter Center.

The Spirit of the Ethics Bowl Award is presented to the team that best embodies the spirit and ideals of the ethics bowl, as voted on by all teams. The criteria include respect, civility and courtesy for others during both the competitive rounds and informal discussions; thoughtfulness in expressing positions and commenting on other teams’ presentations; and sportsmanship, in terms of valuing collaboration above competition.

Dustin Webster (GSE) and Monika Greco (Philosophy) managed the Philadelphia Regional Bowl and provided support for the Palumbo Team as they made their way to the finals. Zach Agoff and Samantha Fritz (both Philosophy) provided coaching to Palumbo’s Ms. Sundeen, who sponsored the team.

On the win, Mr. Webster commented, “I cannot express how proud I am of the Palumbo team for this accomplishment. In my opinion, the Spirit of the Ethics Bowl award is the highest honor of the bowl, as the 'competition' aspect is secondary to that which is gained from engaging in the process of the bowl itself and embodying the ideal of these dialogues. This demonstrates just how thoughtful of a team Palumbo is, and I hope it is also a marker of the ethics bowl culture which we have worked hard in our first two years to cultivate here at the Philadelphia Bowl.”