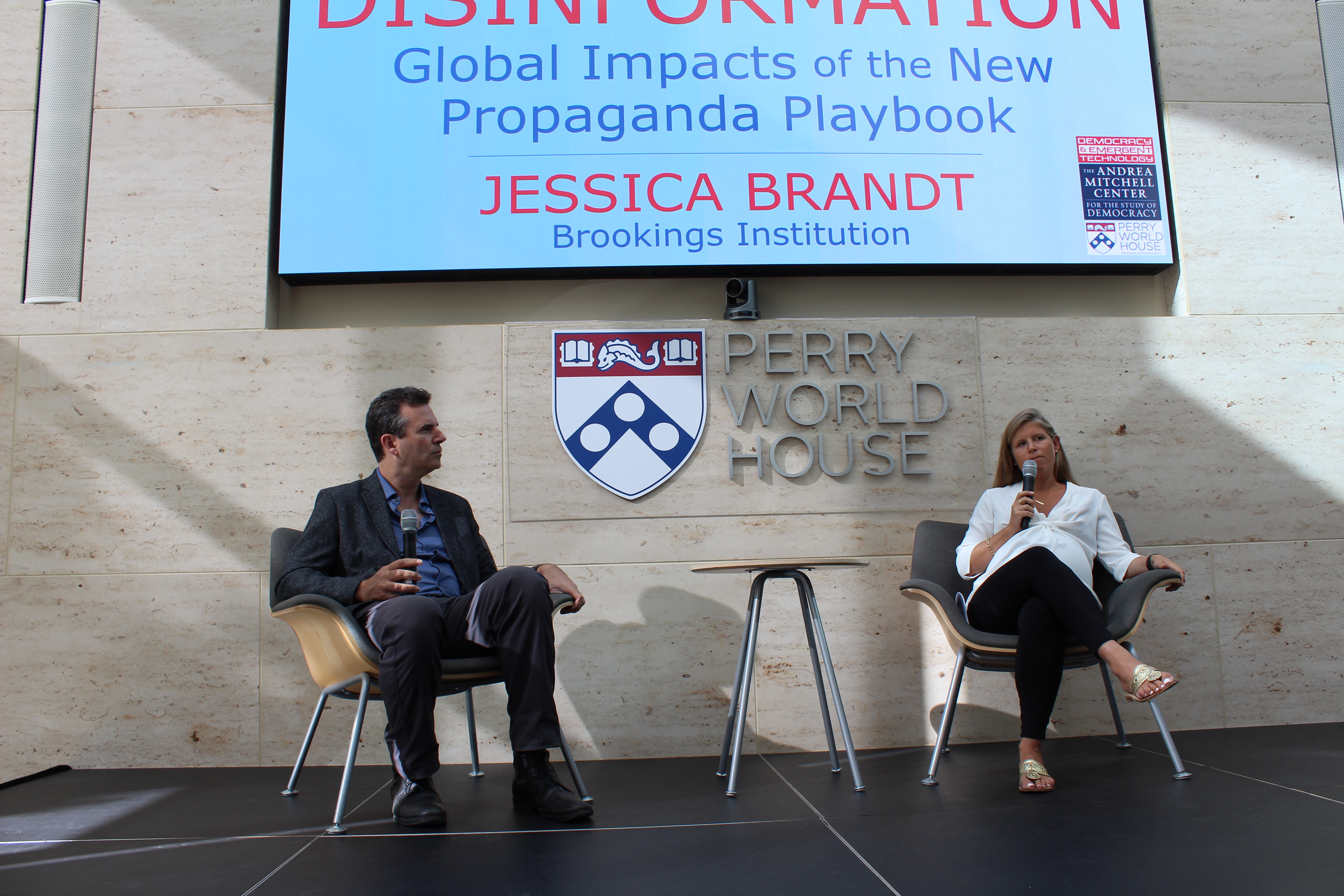 JESSICA BRANDT, Policy Director of the Artificial Intelligence and Emerging Technology Initiative at the Brookings Institution, kicked off the Democracy and Emergent Technology theme year with an event, hosted by the Mitchell Center and Perry World House, focused on authoritarian disinformation. In her wide-ranging discussion with moderator MITCHELL ORENSTEIN, she used her preferred term "information manipulation" to describe the many-pronged playbook deployed by authoritarian states such as Russia and China to undermine any stable sense of truth within Western democracies. Often, this is not outright "fake news," but partial truths given out of context and amplified by social media into a distorted version of reality. While she pointed to differences among authoritarian states, with China more discreet in its disinformation campaigns than Russia, she argued that they all have a freedom to muddy up the free flow of information in a way that democracies would be ill-advised to imitate. Rather than counter-disinformation or censorship, she advised that Western governments promote transparency among the actors pushing narratives on social media.