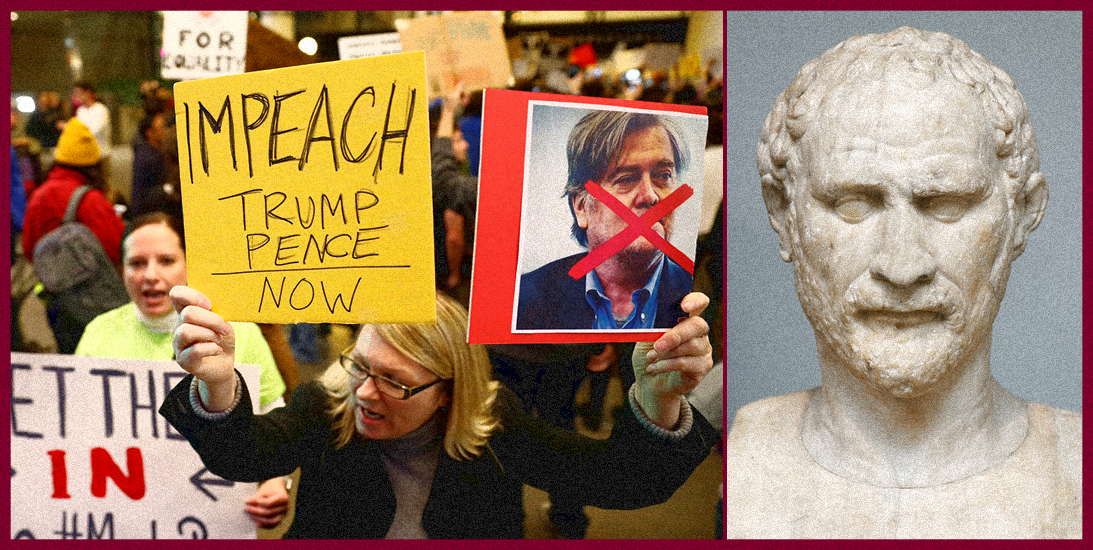 
In his paper, ROB GOODMAN criticizes the notion that, just as we can admire such momentary disruptions of artifice in art, we should also hold out hope for similar moments of truth in politics.  He does so through an examination of the rhetorical styles of Demosthenes, making the case that because questions of style and voice are so understudied by political theorists, they are unlikely to read Demosthenes with the depth that he deserves – instead treating his protean and “insincere” qualities as matters for classics or philology, but not as having any lasting bearing on politics. Goodman argues that as long as we hold to fantasies of sincerity in our politics and our political entertainments, as long as we imagine political language as a filter or veil for something deeper than language – and, conversely, valorize the unfiltered and the unveiled – Demosthenes and his interpreters will have something to teach us.

Most contemporary normative debates about presidential impeachment concern what ought to count as an impeachable offense. In his paper, BRIAN PALMITER argues that as one reflects on the debates of the Framers and Ratifiers, one sees that they were at least as concerned with the process by which impeachment charges would be made and adjudicated as they were with the standard for impeachability. Palmiter contends that the modern tendency to focus on the substantive question and ignore the normative consequences of impeachment proceedings’ design is a mistake. He analyzes the implications of specific design decisions – intentional and unintentional – that are embodied in our current procedures for accusing and trying presidents for impeachment. He shows how our present institutional architecture influences the types of reasons that are brought to bear on the impeachment process, both for good and for ill.