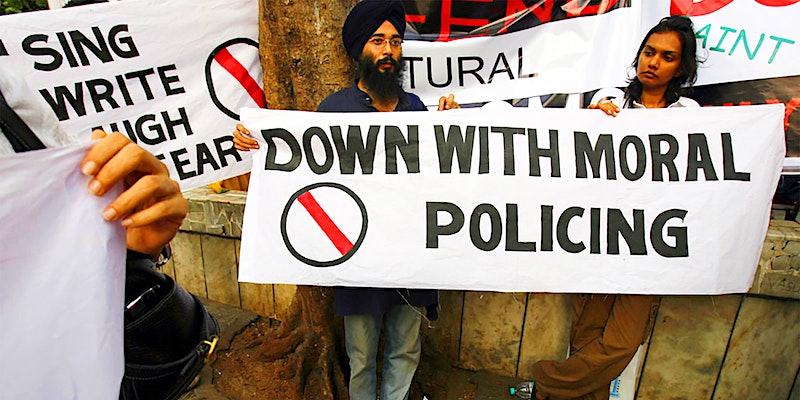 RECENT COMMENTARY ON INDIA has referred to the country becoming a “republic of hurt sentiments.” In this live recording of the Mitchell Center Podcast, historian NEETI NAIR will gauge the state of free speech and secularism in India by analyzing the reasons behind the censorship (and rampant/limited circulation) of two texts. One is the assassin Nathuram Godse’s defense statement in the Gandhi murder case of 1948; and the other is four lines on the Ramayana epic, dating back over two millennia, that caught the unwanted attentions of a Hindu vigilante political party in 1993, then on the fringes of Indian politics. Her conversation with host MATTHEW BERKMAN will touch on other issues of free expression as well and will be followed by Q&A from the webinar audience.

NEETI NAIRis Associate Professor of History at the University of Virginia, where she teaches South Asian history with a special emphasis on colonialism, nationalism, decolonization, and the afterlives of the Partition of the Indian subcontinent. She is the author of Changing Homelands: Hindu Politics and the Partition of India (2011; paperback, 2016). Her articles have appeared in leading scholarly journals, including Modern Asian Studies, Indian Economic and Social History Review, and the Economic and Political Weekly, as well as in media outlets such as The Print, the Indian Express and India Today. She is currently working on a comparative legal and political history of "hurt sentiments" and blasphemy in India, Pakistan, and Bangladesh. Nair has held fellowships from the American Council of Learned Societies, the National Endowment for the Humanities, the American Institute of Indian Studies, and the Mellon Foundation. She is currently a Global Fellow at the Woodrow Wilson International Center for Scholars in Washington D.C.