COSPONSORED - Citizenship in Crisis? A Panel Discussion on India and Myanmar 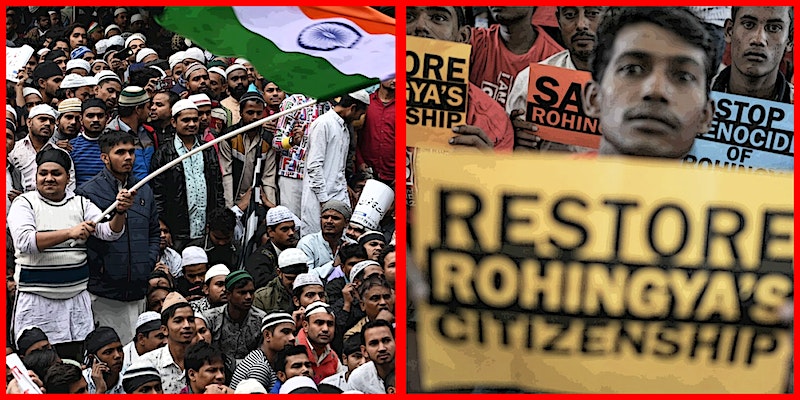 NIRAJA GOPAL JAYAL (Professor, Centre for the Study of Law and Governance, JNU and Professor, Department of Gender Studies, London School of Economics and Political Science)

AMAN WADUD (Lawyer, Justice and Liberty Initiative for those who have been deprived of citizenship in Assam)

THIS PANEL WILL FOCUS ON CITIZENSHIP LAWS as instruments of exclusion, putting the two cases of India and Myanmar in conversation with each other. What are the reasons for and repercussions of modifying citizenship laws to exclude long-dwelling populations? What are the histories of nation-making in both the former British colonies that prompted these demographic tensions? Since religion has played such a critical role in both these instances, we will also question the particular ways in which religious rhetoric lends itself to bolstering these policies. Further, we seek to understand the overlap in technologies of persecution that are being used by the two states to strip individuals down to their "bare life" and visit violence upon them with impunity. These technologies include internment in "camps" across both nations, with Myanmar extending the persecution to include mass expulsion. By mapping out the conceptual terrain underlying these phenomena, this panel will afford us various ways of thinking through these policies and their effects upon the peoples of India and Myanmar.